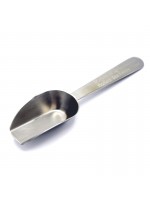 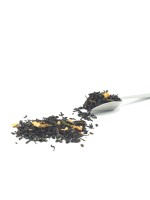 Sencha Green Tea began it's journey back in 17th century when it was brought to Japan from China.
Since then sencha became very popular in Japan as it didn't require much preparation and it was quick and easy to make it.
Even now Sencha Green Tea is very popular and most of tea that come from Japan is Sencha Green Tea.
The quality of Japanese Sencha Green tea is very high because of the way freshly picked leaves are being processed.
Leaves are harvested after first or second flush and steamed straight away keeping the best quality and aroma.
Traditional Japanese Sencha Loose Leaf Green tea is used in Japanese tea ceremonies.
It has a refreshing, rich flavour that can be described as grassy or earthy.
Sencha loose leaf aftertaste is nutty, floral and fruity.
It has low caffeine and is cleansing as well as beneficial for health.
Can be enjoyed at any time. The weight of one individual pack is 100g.

Origin Country: China, Fujian Province.Jasmine Green Tea's history goes back as far as China's Ming dynasty 1368-1644 where it became so popular it continued it..