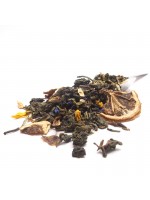 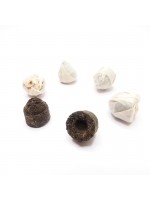 Origin country: Dimbula, Sri Lanka - the tea from this district is described as refreshing and mellow due to a very wet and misty weather for most of the year.

Ceylon is named after the place where the leaves are grown in Sri Lanka.
Ceylon was once a British colony producing coffee. However the coffee industry had to end due to a plant disease called coffee-rust.
That's when farmers took over and began a new successful industry.